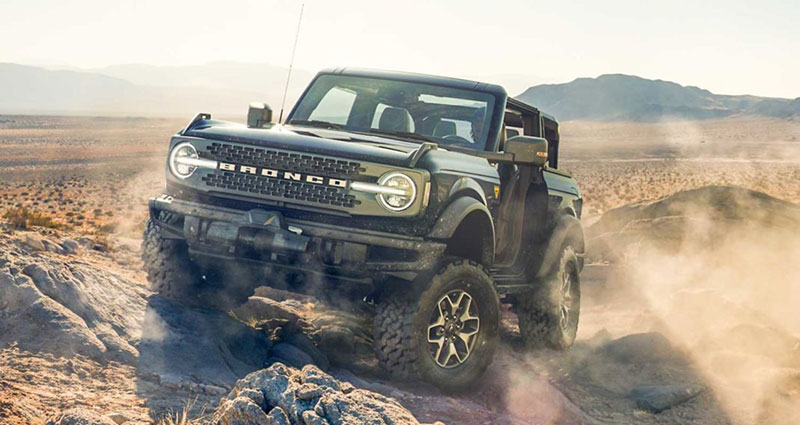 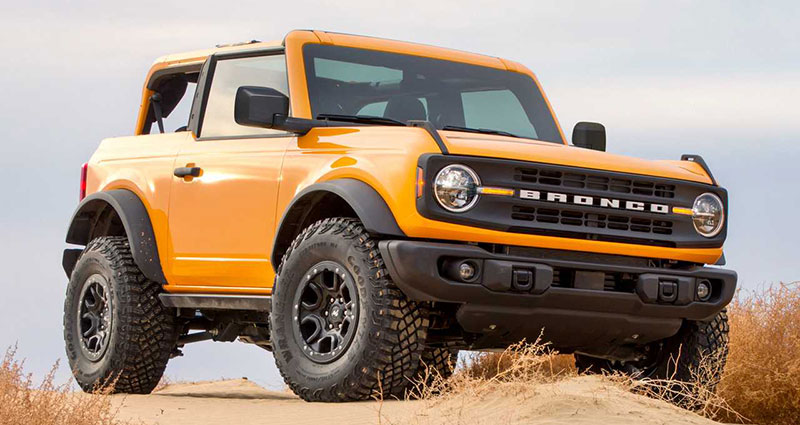 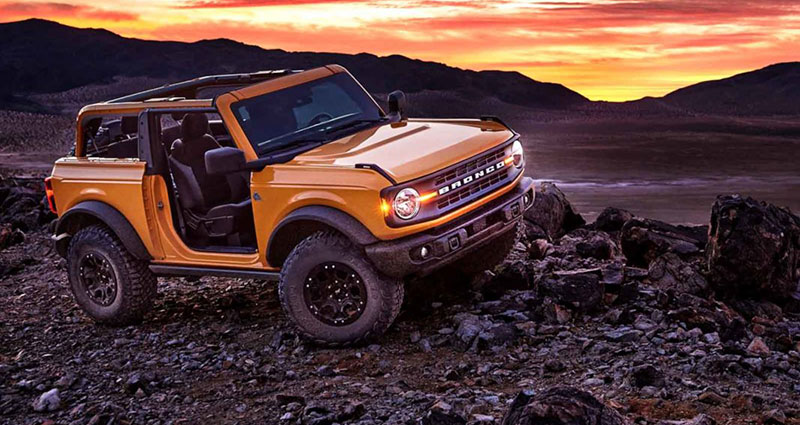 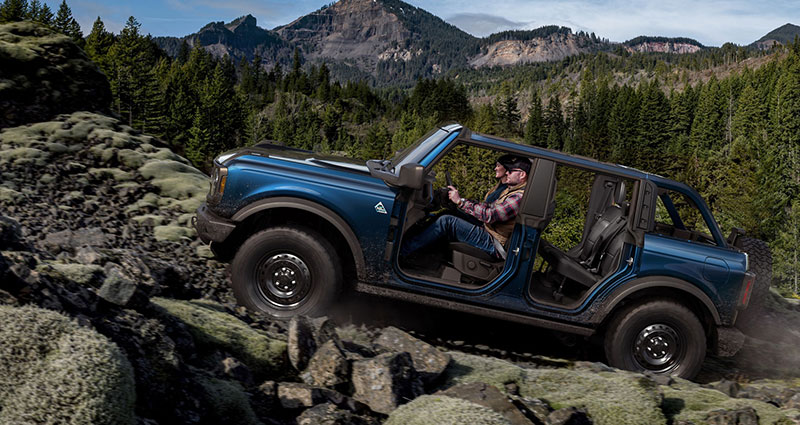 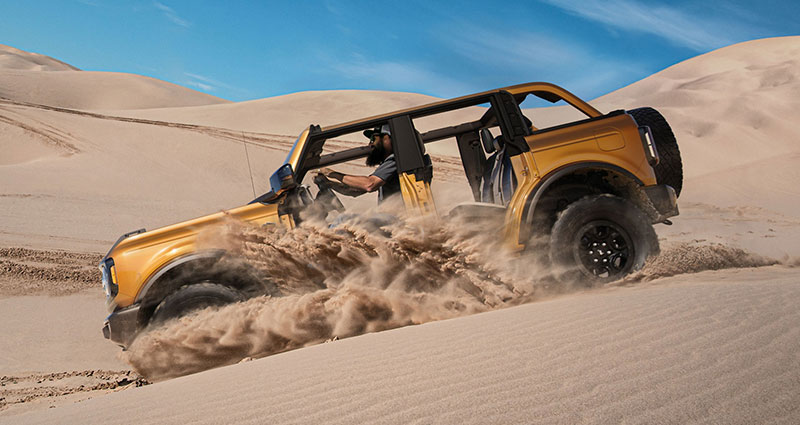 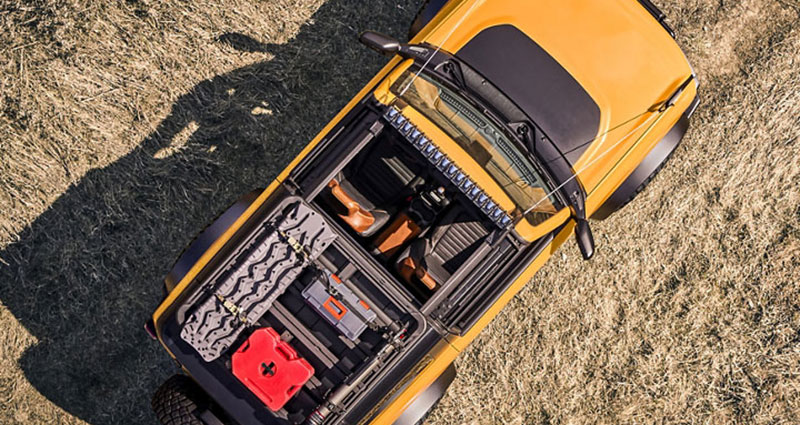 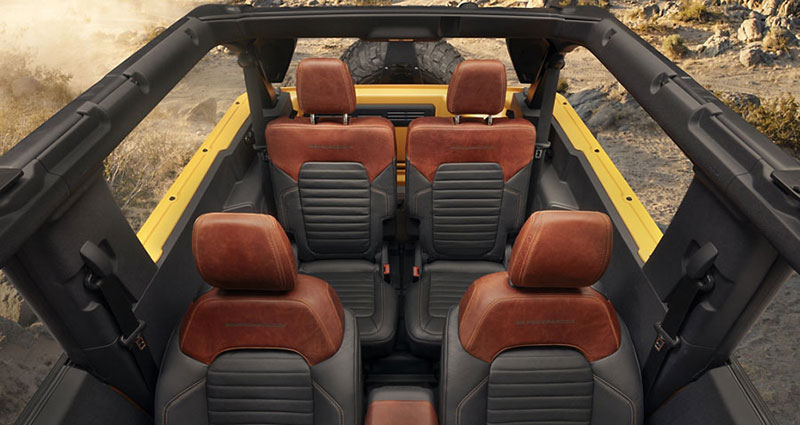 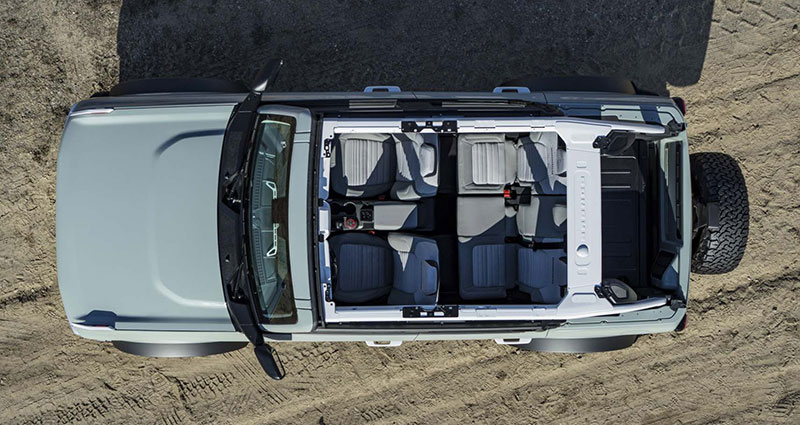 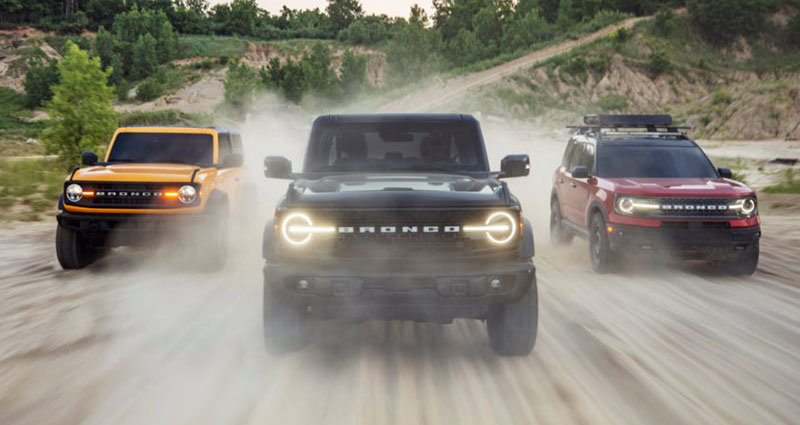 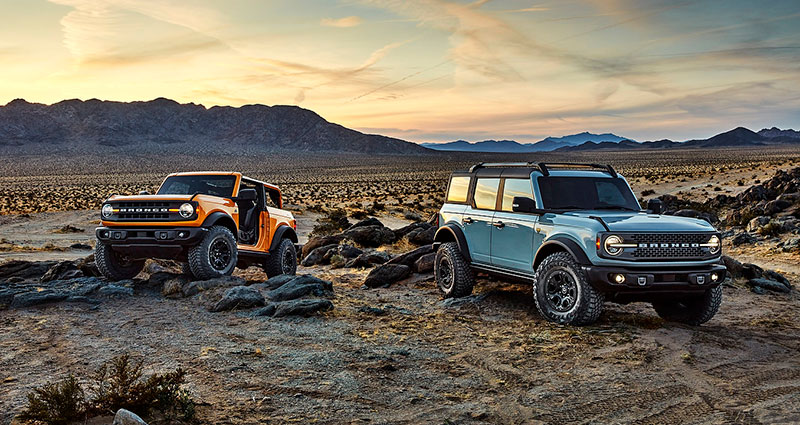 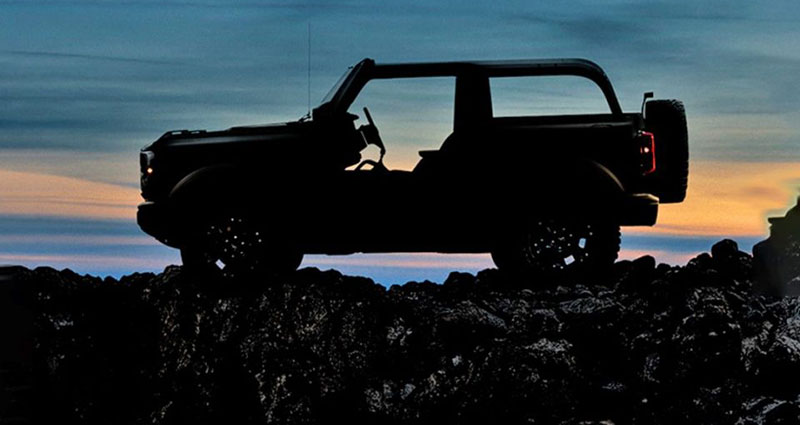 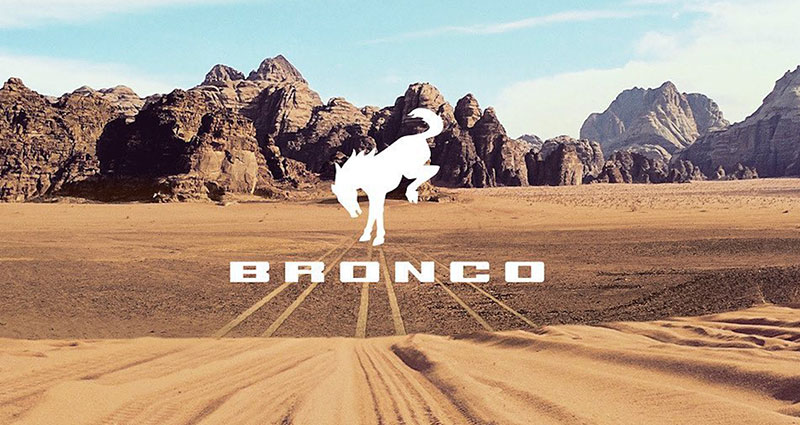 AFTER A long period of eager anticipation, Ford has revealed the new Bronco, which now comes as a family of SUVs with two-door, four-door and Sport-focused variants. This is the first time the Bronco has been available as a four-door model in its 55-year history and there has been a pang of jealousy echoing from the UK, with many noting the Bronco’s rugged good looks.

This is the sixth generation of the SUV and Ford has majored on the car’s off-road pedigree, having gone as far as to trademark the phrase “Born Wild”. They’ve also included all the relevant tech, including off-road mapping and drive technologies, as well as Ford’s “G.O.A.T.” (“go over all terrain”) system, which has seven driving modes including Normal, Eco, Sport, Slippery and Sand, Baja, Mud/Ruts and Rock Crawl.

Mammoth 35in tyres are available and the Bronco has 11.6in of ground clearance, so has the ability to wade through water up to 33.5in deep.

Jim Farley, Ford’s chief operating officer, said of the new Bronco: “They’re built with the toughness of an F-Series truck and performance spirit of Mustang – and come wrapped in one of the most stunning and functional off-road designs that’s true to the original Bronco design DNA.”

On the inside, Ford has stuck to a heritage aesthetic, with visible controls and an off-road sensibility. However, there are all the modern accoutrements, including a 12in infotainment system with the capability for over-the-air updates, and a 360-degree camera system. There’s a suite of driver assist technology, of course.

New Bronco is available in a choice of 11 colours and with more than 200 accessories.

***AVAILABLE TO ORDER – PLEASE CONTACT US FOR MORE DETAILS*** 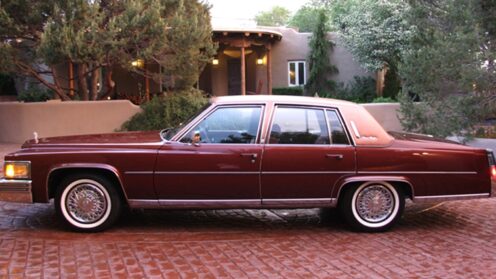 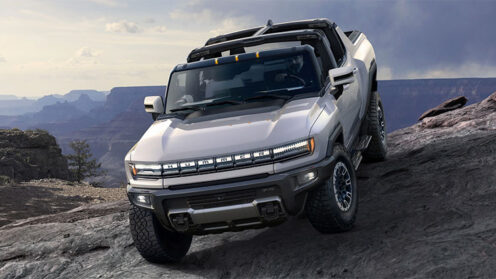 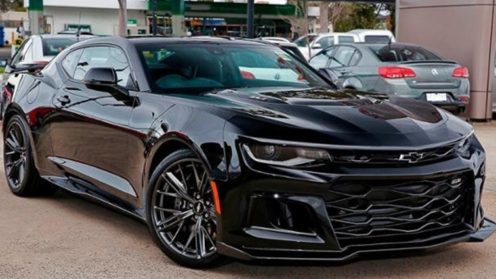 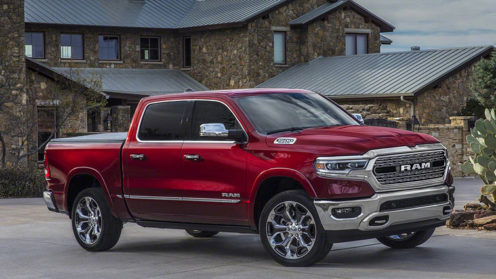