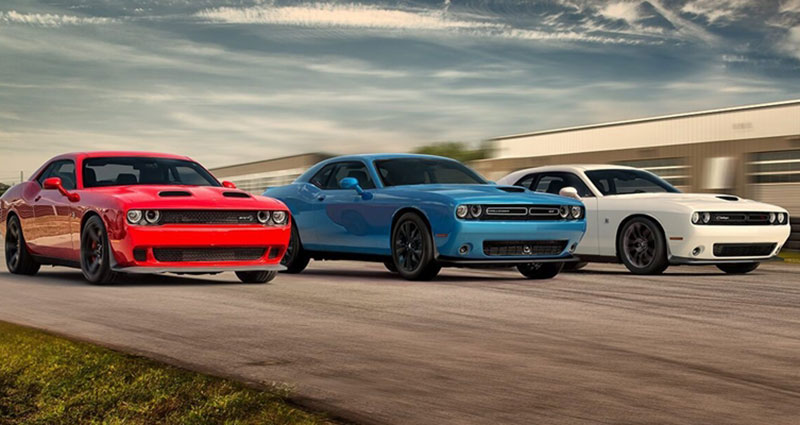 The current generation of Challengers is third in line of a range of pony cars first introduced under the Dodge brand in 1970.

In 1970 the standard engine on the base model was a 3.7 L Straight-6. Higher spec models were offered with a 5.2L, 5.6L and 6.3L V8 with a 2-barrel carburettor. All models were equipped with a standard 3-speed manual transmission.

Surprisingly for such an iconic vehicle the Dodge Challenger has only progressed through three generational changes, the current generation being launched in 2008. Passing into the hands of the Mitsubishi Motor Company in 1978 the second generation Challenger lost something of its American look in favour of the more Japanese lines. Chrysler took back control in 2008 and the current, well recognised, Challenger was born.

Over time legends have been created in the first generation Challenger. With a low production and few models surviving, any Challenger is worth a substantial amount of money. According to Edmunds Inside Line ranks 1970 was a “great” year, 1971 was a “good” one, and then “three progressively lousier ones” (1972–1974).The performance engine 1971 Challengers are the most rare.

Click here for a full history of the Challenger.

Please call 020 7384 3044 to discuss your requirement on any one of these remarkable vehicles.